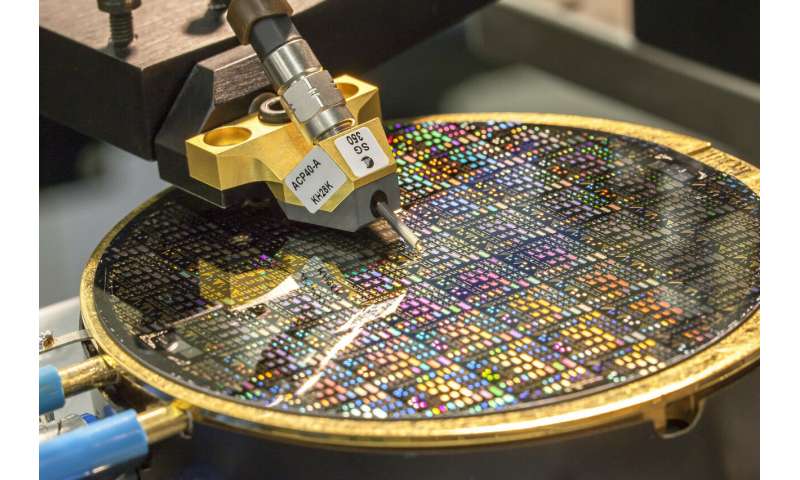 Scientists at Linköping University, Sweden, have developed a new molecule to create high-quality indium nitride, enhancing its use in electronics. Indium nitride is a small semiconductor with significant applications in electronics. It is, however, laborious to manufacture this element. The research study explores the application of this high-quality indium nitride in high-frequency electronics. There is an increase in the possibility of creating signals with high frequency by the bidirectional transmission of electrons, considering the movement of electrons through indium nitride occurs easily. This could potentially lead to the use of indium nitride in high-frequency electrons to provide new frequencies for wireless transfer, as explained by Hendrik Pederson, Professor of Inorganic Chemistry at the Department of Physics, Chemistry, and Biology at LiU, who has also led this study.

Production of thin films of indium nitride, composed of nitrogen and indium, is grueling. The production of these involves a process called chemical vapour deposition (CVD) and uses a temperature between 800-1000°C. Indium nitride, however, breaks down above 600°C into its constituents, and this prompted the scientists to use a variant of CVD called the atomic layer deposition (ALD), where lower temperatures are used. This led to the development of a new molecule, called indium triazenide, which proved to be a remarkable starting material for indium nitride films. The study also demonstrated that the compound was stable at two temperatures.

Indium triazenide significantly boosts the application of indium nitride in electronic devices. Additionally, the indium nitride produced using this method is extremely pure and of the highest quality. The scientists are now experimenting with triazenide molecule using other metals and have attained significantly promising results when produced using ALD. The research study was recently published in Chemistry Materials.